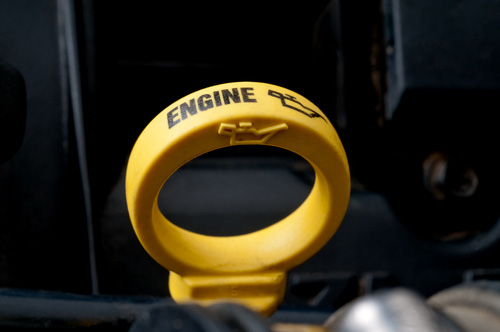 When Rusdene Services first took over the Victory Service Station in Portsmouth in 1989, it was one of the busiest non-motorway Shell sites in the south of England. When reminiscing about Victory, we remember the huge fuel volumes, the amazing foot traffic sales and how we steered away from traditional kiosk sales, as favoured by so many of the big oil companies at the time, toward the food-on-the-go model that’s now the major trend in the industry. What we don’t talk about are the tasks that we now take for granted, that are all now done at the press of a button.

Back then, every day when your day shift ended at 10pm whether it was blowing a gale or blizzard, you would have to go out on to the forecourt to measure how much petrol was left in the tanks. We would go outside with pen, paper and torch in hand – lift up the manhole covers, undo the tank lids take out the dipsticks wipe them off and dip them by hand to get accurate dips, the torch was so you could read the meters on the side of the petrol pumps and record the figures on the end-of-day paperwork.

At every price change, you would have to do the same thing. From these figures, you would work out the wet stock reconciliation. It was all done with pen, paper and calculator, and it had to be done every day and recorded in the EKW book and in the site register.

Now all of those tasks are performed by clicking yes to the reconcile shift question, and printing tank gauge reports to send to head office. Imagine if we still had the same process and had to it every time head office called to find out what is underground at the time of their call!

Checking if you had water in the tanks was the same process, except it would involve smearing green water-detecting paste onto the end of the dipstick before bottoming the dipstick into the tank instead of just making contact as when doing volume dips. Today, this is also done at the press of a button.

Back then when tankers arrived on site to deliver fuel, you had to climb on top of the tanker and dip the tanks to make sure the driver was delivering the correct amount of fuel in each pot. Just in case he had made a mistake, or heaven forbid used the aviation tap to sell some to his friends and believe me that sort of thing did go on.

In addition to this when the tanker arrived, you had to dip the tanks on the forecourt by hand to make sure you had the capacity for what was being delivered. You had to hope your calculations were right so you didn’t have an overfill because back then the first sign of an overfill was fuel spraying out of one of the vent pipes!

Today, there are overfill ullage readings from the gauges themselves, and if there’s a discrepancy with what the tanker delivers, it’s picked up and they poll the tank gauges. The delivery advice is sent via email, so if things do look a little tight you can just close a nozzle or phone them to adjust the loading. And there’s no ladder on the back of the tankers.

Technology has changed our industry, you might get a bit rained on if doing an attended delivery, but you won’t break your neck or legs falling off a tanker. If you want to know what’s underground you can do this from the comfort of your office by clicking the tank gauge button and you don’t get fuel spraying out of the vent pipe.

The good old days? I think not.

The future of filling up your vehicle